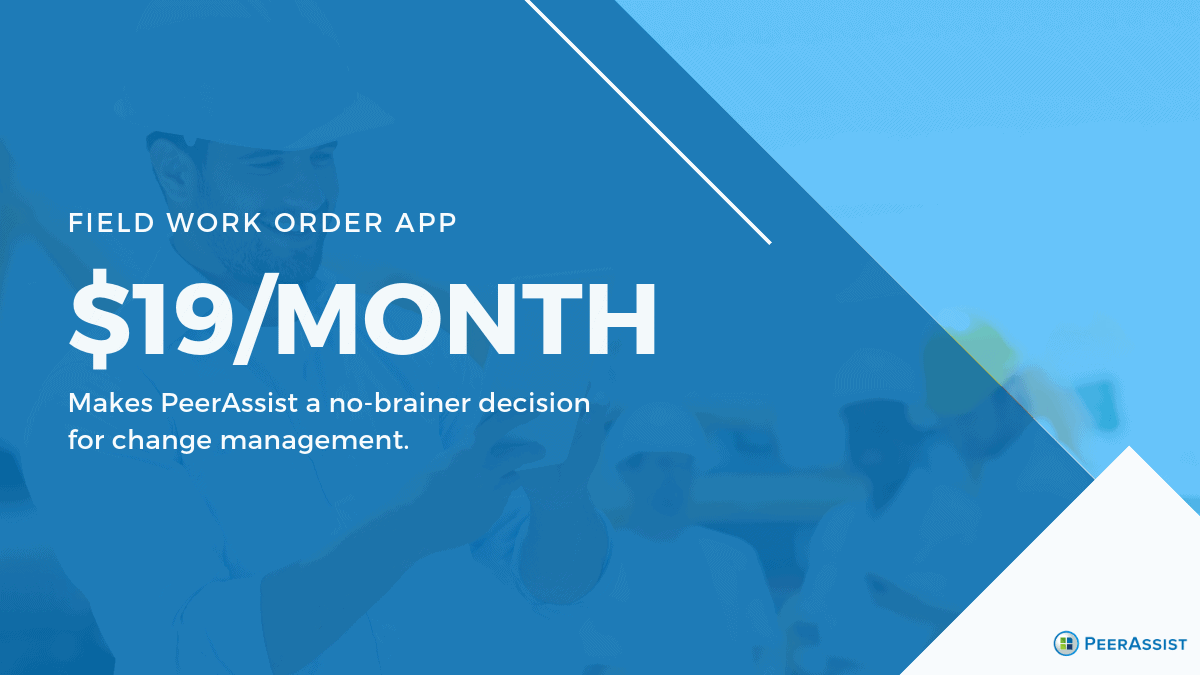 To understand why we decided to make these significant changes to the pricing, let’s talk about our objective in the construction industry. We come at the industry from a different perspective than trying to be a tech company who is trying to tap into a global market that is really starting to move forward with technology. PeerAssist was developed from inside a contractor’s walls, with sweat, hard work, dirt on our boots. Our goal was to address a pain-point in the business. After addressing this internal pain, we worked with fellow contractors who were tired of the same problems with the cumbersome and time-consuming nature of using a manual process to keep up with today’s demands.

Projects move much faster than they used to when you consider the volume of data being captured, shared, and entered into backend systems. When a single process remains manual and is surrounded by automated systems for drawing management, 3D models (BIM), project management platforms, etc. makes the manual processes develop into a bottleneck. PeerAssist’s Field Work Order App is a fast, reliable, cloud-based solution built by contractors to help capture, document, organize and accelerate payment for the changes that take place in the field. We aim to be a tool that every contractor can take advantage of, much the way businesses see email, cell phones, and work vehicles as being integral components on every construction project.

For contractors using construction project management software, we like to think of PeerAssist as the tool that can help capture this information in the field the way it should be. After data is captured and tracked, the data is fed back to the systems of record for further processing of the data as part of a contractor’s workflow. If a contractor captures the extra work manually, they are manually transcribing the information by hand when the issue is identified. Information typically goes into a project management or accounting system and needs to then be keyed in; now for the second time the same information is being captured. Routing the information around on paper has proven in many different capacities to be a drain on an organization, such as accounts payable routing and approval that hit the scene in the late 1990’s to early 2000’s. Contractors were suddenly compressing approval processing down from weeks to same day turnaround, even within minutes if meetings and such didn’t get in the way. When the economy was hit a few years later, contractors who had invested in improving processes suddenly found themselves in an envious spot by contractors who continued to wait year after year to do anything. These construction firms were also viewed more favorably by young talent entering the industry who had grown up with technology.

Jerad Ferrell, Chief Marketing Officer, shares his perspective by saying “when I was leading IT for a large general contractor in Colorado earlier in my career, I recall strategic planning sessions with fellow executives looking for ways to improve profitability. When given the task directly of being asked to find a way to find a ½ – 1 percent more profit on projects by better leveraging technology, this sort of became a guiding principle for me in the following years. There is so much technology in the market and it can be overwhelming. I always use return on investment as my compass to determine if a solution makes sense, but it has to be real. Contractors build real contributions to the communities they work in and it is my belief that builders want to see tangible benefits from software they purchase, and not that the technology is simply cool. Cool does not allow your company to weather a storm during an economic downturn, nor does it help you scale for future growth. I love that PeerAssist brings such meaningful impact to their customers and it’s what drew me to be part of this team. I have seen repeatedly with customers that there is truly upwards of 4% additional profit that can hit the bottom line by leveraging PeerAssist.”

Mr. Reppert learned that he...

PeerAssist helps contractors transition from a slow and risky...